The Roman Domus of Palazzo Valentini is a unique and magnificent example of how the artistic heritage of antiquity can be enhanced using new technologies. The palace is the seat of the Metropolitan City of Rome and was commissioned to be built in 1585 by Cardinal Michele Bonelli, a nephew of Pope Pius V.

Archaeological excavations in the basements rediscovered a thermal plant belonging to a private housing complex of the I-IV century A.D. as well as the remains of what is supposed to be the Trajan’s Temple and a Renaissance palace from a later period.

A team of art historians, archaeologists and architects of the Metropolitan City or Rome worked on a restoration project of exceptional significance that allowed to reveal an area of great importance in Roman times which can help piece together the ancient, medieval and modern topography of Rome.

The evocative path among mosaics, wall decorations, polychrome floors, paving blocks, and other remains has been further enhanced by a project followed by Piero Angela – a well-known populariser and television presenter – as well as experts who have recreated the testimonies of the past through virtual reconstructions, graphics and videos.

Visitors can enjoy walls, rooms, peristyles, kitchens, baths, furnishings and decorations come back to life through a virtual recreation of a Roman Domus. A large reconstructive model of the area in Roman times and the explanation of how the palace evolved over the centuries is part of the tour and helps visitors understand the urban context through its numerous historical layers.

In the underground area opposite Trajan's Column, visitors can admire the remains of a monumental public or sacred building: a great concrete platform, walls made of large blocks of travertine and tuff, remains of colossal columns made of single grey Egyptian granite blocks, the biggest to be found in ancient Rome, bricked rooms with vaulted ceilings, dating from the early years of the emperor Hadrian. An exhibition shows the area at the time of its construction. A working model recreates the buildings as they appeared at the time, especially the huge Ulpian basilica, which stood right next to the column. A video brings to life the two adjacent buildings, perhaps libraries. Finally, a virtual reconstruction of the column gives a close up look at the low reliefs depicting the military campaign of the Emperor Trajan for the conquest of Dacia, present-day Romania. 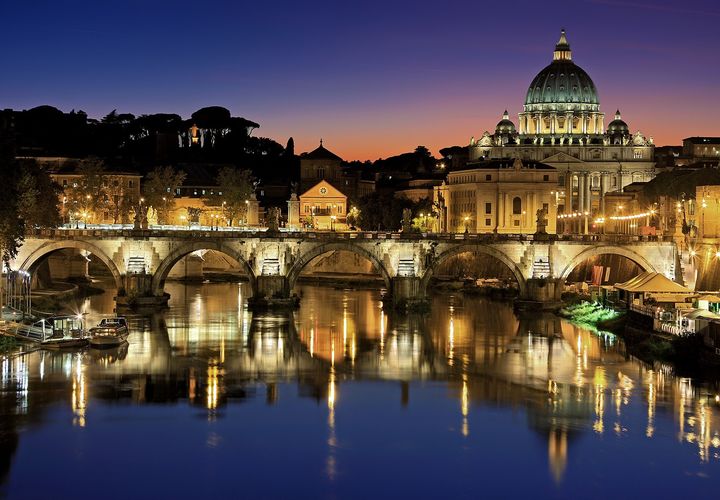