Amsterdam is a busy city. This can sometimes lead to unsafe situations. Crowd management is getting prepared for expected pedestrian crowdedness in a certain area. By collecting data on the numbers of pedestrians, it is possible to take measures so that the crowds can be managed in the right direction. If a situation becomes unsafe due to excessive crowds, the municipality can intervene. This is done, for example, by placing digital information boards, so that people are informed and advised about alternative routes to take. Or one-way traffic is imposed. Crowd management has to establish a constant and safe pedestrian flow in an area in order to avoid overcrowding. This keeps the city livable, accessible and safe.

Crowd Monitoring System Amsterdam (CMSA) is a monitoring system with counting cameras and wifi sensors that give insight into numbers and densities of pedestrians. These data are used for strategic, tactical and operational purposes. In the pilot Public Eye Amsterdam, the crowdedness in a number of places in Amsterdam is being mapped with an innovative, open-source part of the data system of CMSA. There are cameras in these locations that are linked to a server of the municipality. An algorithm on the server analyzes how many people are on the images. The information about the number of people detected is forwarded to municipal employees and facility managers, who can use the count to better regulate traffic. The images are saved nor shown. The algorithm instantly converts the images to anonymous numbers, after which the data are supplied to the CMSA. Residents and visitors of the city can also view the information about the crowdedness on digital information boards at the Marineterrein and online at https://druktebeeld.amsterdam.nl/

Together with the partners involved, the municipality of Amsterdam applies crowd management during large events and at hotspots in the public space such as de Wallen area. The CTO Innovation team works together on the pilot with the Mobility and Public Space department of the municipality. The Public Eye system has been developed and built in cooperation with external partners Tapp and Life-electronic.

The CMSA was used for the first time during SAIL 2015 and is now permanently posted in de Wallen area, at the Central Station bus platform and near the ferries. At this moment, the Public Eye system is being used and tested at the Johan Cruijff Boulevard, Marineterrein and Plein '40 - '45. Municipality and partners cooperate to continuously improve and further develop the system. For instance, Public Eye is working on the further development of instant analysis of images within the camera, so the data can stay inside the camera. Also, an events calendar is being integrated in the system, so the cameras on the Johan Cruijff Boulevard will only be active during events. Furthermore, in addition to the digital information boards and the crowdedness information webpage, new channels are explored to better inform residents and visitors about the expected crowdedness in the city. This way they will be able to make a well-informed decision about visiting hotspots in the city. 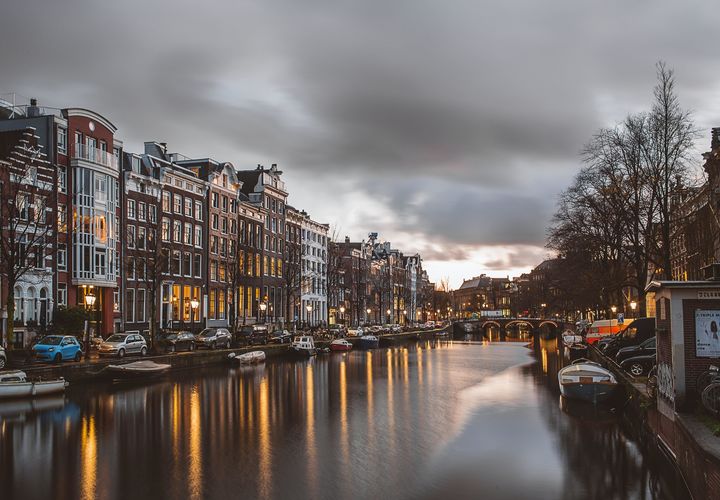