Castelló de la Plana is the capital of the province of Castelló and the fourth most important city of the Valencian Community (located in the East of the Iberian Peninsula) per number of inhabitants. The city has a privileged environment: it is located on a wide, flat terrain surrounded by mountains in the inland and by the Mediterranean Sea in the east, providing, in that way, about 10 km of coastline to the municipality. Nowadays, the city is experiencing a great process of change and modernisation, in large part thanks to the different European projects that are being implemented.

The economy of the city has four fundamental pillars:

Castelló de la Plana intents to improve the quality of tourism services by implementing sustainable and accessible solutions, maintaining cultural and historical spaces and developing intelligent management tools to help preserve the coasts.From a cultural standpoint, the city offers a variety of festivals that aim to support toursim by promoting its cultural and gastronomic heritage. Some examples are the National Gastronomy and Wine Congress or 'La Magdalena', one of the most important festivities that commemorates its origins.

Castelló has multiple industrial estates around itself, including, among others, ‘La Ciudad del Transporte’ and ‘Los Cipreses’.The ceramic cluster is the leading actor contributing to this industrial leadership. It produces and exports around 85% of the national ceramics, while generating numerous employment opportunities, as evidenced by the fact that Castelló is a member of the European Ceramics Network.

On the one hand, Castelló de la Plana is known for its lovely maritime district called ‘El Grao', where PortCastelló is located. This outstanding harbour is a logistics platform in the Mediteranean, occupying the ninth place in the list of 46 Spanish ports, and the second in terms of solid bulk traffic. On the other hand, the agriculture sector is also substantial due to its fertile orchards covered with orange trees. In this regard, the City Council is developing several projects in order to stop the agricultural land loss and promote municipal social orchards to encourage more sustainable farming.

The city's commercial activity is mainly represented by wholesale trade and small traditional shops specialised in the different areas of consumption.

Resources for NBS replication and up-scaling 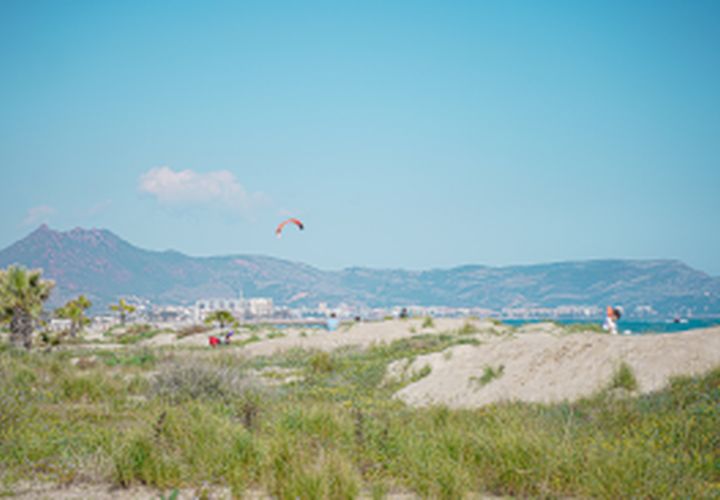