The province has a fairly mountainous and rugged relief. The northern part is made up of mountain ranges and various river valleys, while the south is made up of a large alluvial plain. The mountains form several parallel chains, running from southwest to northeast and forming part of the Sistema Bético. The flat areas correspond, above all, to the south-southeast, where a coastal plain converges, the Campo de Alicante, with two alluvial plains, the Bajo Vinalopó, and the Vega Baja of the Segura river. All of them form a fertile area of fertile plains and orchards, being one of the main agricultural areas of concentration in Spain.

The three most outstanding rivers are the Segura river, the Vinalopó river and the Serpis river.
It is the fifth most populated province in the country, with 1,836,459 inhabitants in 2016, the fifth in population density and the most densely populated of the Valencian Community. The population is distributed in a fairly uniform way throughout the provincial territory, presenting population densities higher than 50 inhab/km² in every region.

It has 141 municipalities and its capital is the city of Alicante. However, 6 municipalities have more than 50,000 inhabitants, being the province with the highest degree of urbanization in the country. Due to this fact, they have decided to apply as a grouping of municipalities acting as one, aiming at developing the foreseen strategy at local level but taking into account the contributions of the province as a whole. Alicante is a beautiful city with a rich history. The city has many old buildings that are worth a visit. The city’s main sight is the Santa Barbara Castle. The Castle overlooks the city. The Explanada de España is a breathtaking promenade lined with palm trees. The floor is paved with marble tiles that form an intricate wavy design. Alicante also has a bustling nightlife all year around.

The technological revolution is a reality in Alicante’s households. Cloud, smartphone, router, WiFi or streaming are already familiar words. The Internet of Things facilitates communication and interactivity.

Considerable progress has also been made in the administration in our province, thanks to the advances and public innovations promoted by the Provincial Government. Since the creation of the Modernization area, the Alicante Provincial Council has established itself as a national reference in this area. A task recognized in 2012 by the Ministry of Public Administrations, or recently, with the award Sapiens Public Administration 2016 of the Official College of Computer Engineers of the Valencian Region (COIICV). To this end, a new Digital Agenda strategy has been created recently, with the aim of transferring the revolution that we are living in our homes, to the streets of our towns and cities, and that the municipalities with the lowest population in the province are not left behind, making the so-called digital divide minimal.

Convert the province of Alicante, its public services and agencies into a Smart Province. In an interconnected and intelligent territory. To serve better, to benefit more and more immediately the people of our land and those who visit us. The Council of Alicante is going to lead the reinvention of our cities. Its transformation and the definitive construction of a Smart City. The municipalities with smaller populations cannot escape technological advances and the Provincial Council will once again be at their side in this new challenge.

Visit Alicante on the ICC Homepage 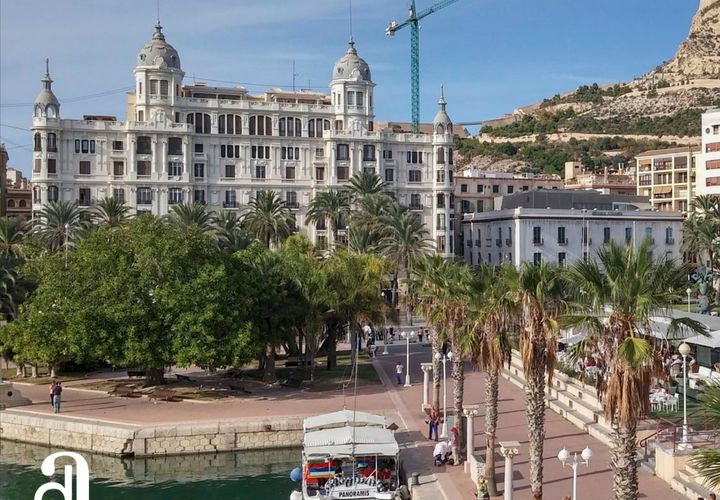